Life is full of ups and downs. Sometimes it is the little things that make a big difference.

An injury that initially seems like a disaster may in fact need a lot less “treatment” than your patient was initially told in the Accident and Emergency department.

Casts and crutches get in the way of work, travel, driving, bathing and just about every aspect of daily routine. They also have a nasty habit of affecting people at the most inconvenient time. This is why it can be highly frustrating to find out later that there was no need for the injury to be strapped up quite so heavily and that the aching hands and shoulders could have been spared, since crutches were unnecessary.

Accident & Emergency Departments – quite rightly – play everything safe. Their goal is to detect an injury, provide first aid and then arrange for a Fracture appointment.

Sadly, the Fracture Clinic appointment may be many days (or even weeks) ahead, and even then the advice will be “safety first”.

What if this was a professional sportsperson? Surely it is possible to get proper answers more efficiently? At the London Foot and Ankle Centre we treat every patient as if they are a professional athlete. The sporting elite are treated “functionally” – with the minimum of splintage and early physiotherapy. This is how they return to competition so quickly – they do not actually mend any faster than mere mortals! In our Centre everyone is managed with this philosophy.

At the London Foot and Ankle Centre we specialise in the rapid diagnosis and speedy recovery from all injuries to the foot and ankle. Of course some injuries really do require rest in a proper cast, but for the vast majority of injuries the doom and gloom of the initial prognosis and information from Accident and Emergency can be lifted. Occasionally it turns out that nothing was actually broken at all!

If your patient is frustrated by the inevitable delays in the system and want to have a definitive plan for optimum recovery, then the London Foot and Ankle Team are pleased to help.

Here are some examples of situations in which we have been able to help – names have been changed!

Painful – yes; swollen – for sure; black and blue – of course. But 99.9 percent of toe fractures do not need crutches, plasters, strapping or special shoes. The exception is if the fracture goes into one of the joints of the toe.

David plays professional cricket. He broke his big toe which was x-rayed and heavily strapped. He was warned that he may need an operation – with the resultant time away from bat and ball.

At LFAC he was delighted to be told that the strapping could be removed immediately and that no operation was required. The fracture was close to, but not into, the joint. Some physio to help stop the toe getting stiff was arranged along with advice that the swelling would last for a few months and not just a couple of weeks. He was allowed back to the nets immediately and permitted to run as soon as the discomfort would permit.

David and his team were all pleased that the original prediction of months away from sport was so favourably revised.

A simple stumble – the same sort that sprains an ankle – frequently leads to a fracture of the 5th metatarsal. The pain and swelling are on the outer side of the foot, not far from the ankle bone.

In Casualty this type of injury often goes missed – because the ankle x-ray does not clearly show the correct part of the foot.

There are various type of injury – some more serious than others, so A&E play safe. Cast to the knee and crutches are routinely recommended. But only rarely are they actually needed.

One in every ten people in Casualty are there because of an ankle injury. Some are admitted for surgery while others are allowed home in a cast with crutches. There is then a (sometimes long) wait before the Fracture Clinic appointment. Traditionally the cast is changed and then removed after 6 weeks.

Meenha had never been skiing before. Ironically it was the ice outside her chalet that she fell on, not the piste. The doctors in the resort applied a cast from her toes to her thigh and gave crutches and anticoagulants for the flight home. She was told that an operation may be needed and that she would need the crutches for up to 3 months. Her new employers would NOT be pleased.

She left the London Foot and Ankle Centre walking with no crutches in a removable “ski boot” (irony not intentional) and with a physio appointment. Her fracture was of the more common “stable” type and so suitable for functional rehabilitation. She didn’t even need any further x-rays, because this type of injury heals so predictably and reliably. “It is quite safe to take the boot off for sleeping and showering…” Simple pleasures can be the best!

In the busy accident department ankle sprains are a very low priority. If the patient can hobble they may not even be x-rayed. If an x-ray is taken, then subtle signs of injury can easily be overlooked. So, sadly, the injuries that least need them are given crutches and a cast. Meanwhile those that may require surgery are dismissed as “nothing broken”.

A sudden snap in the back of the heel (“did an opponent kick me?”) may mean an Achilles rupture. Even if the patient can still walk. Even if the pain settles quickly. Even if the physio says it might be just a partial tear.

Aiden had always liked to keep fit. The friendly physio at the Rugby Veterans Tournament called it a “tweak, probably just a partial rupture”. Should settle in a week or two. Even with your fiftieth birthday looming. Six weeks later: stairs still really awkward. The ankle swells by the end of the day.  Still cannot stand on tip toes.

At the London Foot and Ankle Centre the worst was confirmed. Ruptured achilles. A scan showed that it is unusually high. More difficult to repair, but luckily in expert hands still salvageable.

“Will I be fit to Ski at New Year?”; “Probably – but it is a pity we weren’t discussing that six weeks ago. Shame we can’t turn back the clock…”

Plantar fasciitis (or policeman’s heel) is pain from the ligament running in the arch of the foot. The ligament runs from the heel to the bases of the toes. Repetitive strain or a minor injury can result in grumbling pain. Typically first steps in the morning (or after a period of sitting down) are painful under the heel. Proper assessment permits rapid recovery, usually with specialist stretches supervised by the right physiotherapist. Left untreated the condition can become very stubborn and much harder to recover from.

“Zumba sounds like a fun way to lose weight and get fit” thought Rachel. She didn’t connect the new exercise class with her stiff and painful heel. Early optimism that it would get better, some dis-information from Dr Google (“take anti-inflammatory pills and a roll your foot on a frozen bottle of coke”) didn’t seem to help either. After four months, by which time the pain intensified so that simply standing for 20 minutes was uncomfortable, she sought advice from the London Foot and Ankle Clinic. Assessment in our “One-Stop” Heel Pain Clinic provided an accurate diagnosis, full explanation and advice regarding treatment and a timetable for recovery. Rachel even had clear instructions about what to do and who to contact in the unlikely event of further help being needed.

The growing skeleton has lines on x-ray that can be misinterpreted as fractures. Many a youngster with a sprain or even just bruise is plastered and given crutches with instructions to attend Fracture Clinic after an unspecified interval. In fracture clinic the conclusion may be a hurried “Good news, nothing broken. Don’t need to see you again” after the cast is taken off. “But he can’t walk very well….he does seem to fall more than his friends….what about school activities….will our holiday plan be affected?”

Toby thinks he was kicked in a 50-50 challenge at his friend’s soccer-party. No-one really saw what happened. He half hopped and was half carried to A&E where the verdict was “probably broken”. Cast. Crutches. Rest. Elevate. Calpol. Fracture Clinic.

Only nine days till the flight for family holiday. Can it really be broken if he needs reminding to use the crutches? Fracture Clinic appointment delayed due to the Bank Holiday. Aaagh!

The appointment at the London Foot and Ankle Centre saved the day. There is a minor fracture at the growth plate of the ankle, which can be treated like a sprain; he has a sports brace and the all clear to fly as planned, at the end of next week. He should even be able to swim by then.

Mathew Solan is a Consultant Orthopaedic Surgeon at The London Foot and Ankle Centre.  Established in 2003, the Centre was the first specialist service of its kind in the UK and it has developed into a centre of excellence for foot and ankle disorders. 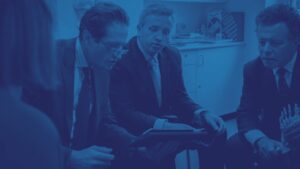