Darryl Boner is a 77-year-old from London who had bunion surgery on both feet in two separate operations in 2008 and 2009. The surgery was undertaken by Mr Mark Davies, Clinical Director of London Foot and Ankle Centre.

I had problems with both feet for many years. Neither big toes were straight – one toe was going west and on the other east. After some time, the second toe was pushed on top of the big toe. Eventually, this led to rubbing and created a painful lesion.

Why did you choose to have bunion surgery?

For a long time, I put off doing anything about it. I was working for a consultant and didn’t want to take a lot of time off work after surgery. I wanted to wait until he retired and you just think – I’ll get round to it some time.

But once I developed the legion, it became very painful and I thought now it’s time to get it done. My GP always refers patients to Mr Davies and that was how I came to the London Foot and Ankle Centre.

I had the operations separately, because I would have been completely immobile afterwards if both were done at the same time.

I spent one night in hospital then went to stay with my daughter where I put my foot up for two weeks.

You have to keep your leg elevated as much as possible and avoid any weight bearing. I had a little throbbing discomfort in the first few days, but it was perfectly bearable with painkillers.

I rather enjoyed putting my foot up and relaxing. I wasn’t uncomfortable or in any real pain. I didn’t get on very well with crutches and found it easier to use a walking frame to get about.

I started to weight bear wearing special sandals with an open front, to keep the pressure off the front of your foot. Five weeks after the second operation, I went on holiday to Hawaii and found that flip-flops were very comfortable.

Six weeks and beyond

I started driving again and was advised by Mr Davies to wear proper stiff shoes when I was driving. I’m able to walk around quite happily without any pain, discomfort or stiffness.

My feet look so much better, it’s incredible the difference surgery has made to my feet. My toes are now really straight and after many years of avoiding them, I’m able to wear sandals again.

What would your advice be to anyone considering bunion surgery?

I recently met a woman who showed me her feet and she had terrible bunions.

It’s the kind of problem people simply put up with, but if it bothers you, causes pain and stops you from wearing shoes and doing the kind of things you want to do, you should really seek treatment.

There was nothing very difficult for me about the two operations I had and it’s wonderful to be able to wear the shoes I want and be free from pain and lesions. 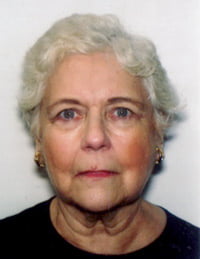