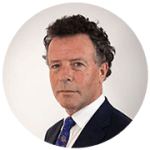 Mark Davies was educated at Oxford and London Universities and carried out his orthopaedic training in London, completing his fellowship training in Australia in 1997 – 1998. On his return to the UK in 1999, he set up the first NHS foot and ankle unit at the London teaching hospital Guy’s and St. Thomas’s.

In 2003 he founded The London Foot and Ankle Centre in 2003. The centre is now the biggest and best known foot and ankle unit in the United Kingdom, and is based in four prestigious hospitals in London – The Hospital of St. John & St. Elizabeth, The London Bridge Hospital, The Lister Hospital and The Bupa Cromwell Hospital.

Mr. Davies has a wealth of experience and deals with all pathologies of the adult foot and ankle. He is the surgeon of choice for many elite sports teams and sports individuals, and has been the foot and ankle surgeon to many premiership football teams including Chelsea, Arsenal and Tottenham Hotspur.

He has assembled a team of outstanding colleagues who are all renowned in the field of foot and ankle surgery.

Mr. Davies prides himself on his friendly but thorough approach to all patients with foot and ankle pathology ranging from the elite sports person to the very elderly.

Please call us or email us to arrange an appointment today. While we endeavour to answer all email enquiries as soon as possible, we encourage patients to telephone us should they require an immediate response.

To refer a patient for an appointment with any of our Consultants, please complete the online Patient Referral Form.

To book an appointment with our expert team Contact us