Sarah Compson is a 27-year-old financial roadshow manager who lives in London. Ms Compson had reconstructive surgery in 2008 to repair two split tendons, ligament damage and stabilise her foot.

My work involves a lot of international travel, taking a large number of flights. I had been working in the States and been on about 15 flights in two weeks, and as I sat with my legs up, my foot felt a little funny. Two weeks later, I woke up and my found my foot had swollen to the size of a balloon. DVT was suspected and checked for, but that wasn’t the problem and I was given steroid injections, but they didn’t help. Just doing the five minute walk from home to the Tube was really painful and my foot was affecting my everyday life. But it took six months to get a diagnosis. After a very frustrating time of seeing several different people who couldn’t diagnose the problem, my GP said I ought to see Mark Davies. Mr Davies looked at my scans and said that although it wasn’t showing a split in the tendons, he suspected that was the case. He was right and it was an enormous relief to finally have a diagnosis. I was offered a date for surgery just two weeks later.

It was uncomfortable, but far less painful than I imagined. I went home after three days in hospital in a half cast. For two weeks, I had to keep my leg above the level of my heart to reduce swelling and do no weight bearing whatsoever. I stayed at my parent’s house and my mum organised a rota of her friends to look after me each day – it was amazing to see how everybody wanted to help out.

I returned to hospital to have the stitches out after two weeks and my leg was put in a full cast. I wasn’t allowed to weight bear until six weeks after surgery, but my leg was becoming more comfortable. I found I was taking painkillers less and less.

Two to four months after surgery

I was given an Aircast boot at eight weeks and spent another week with my parents, learning to walk in my new ‘Robocop’ boot. At this point, I started seeing the physiotherapist James Bird, who was a real godsend. My foot was still very sore and I felt apprehensive about it being touched at all. But gradually, the physiotherapist was able to massage my foot, which helped a great deal in terms of reducing swelling and improving mobility. At this stage, I could do a little weight bearing, but was very dependent upon crutches.

Four to six months after surgery

The real breakthrough came at around four months when I was able to go back to the gym. I was really keen to do as much as I could to build up the strength I had lost while I wasn’t able to weight bear. I worked with a personal trainer specialising in recovery from sports injuries. It worked brilliantly – I was finally able to press on something and move my foot around without saying ‘ouch’.

It has been quite a long haul but throughout my surgery and afterwards, I had the huge reassurance of knowing I was in good hands. I saw Mr Davies regularly and knew he was reviewing my progress with my physiotherapist.

It has made me much more conscious of my feet – a part of your body you tend to just ignore. I have a lovely shoe wardrobe and gorgeous as it is, it is soon to be redundant because I won’t wear shoes which are uncomfortable and bad for my feet.

What would your advice be to anyone considering surgery?

When something goes wrong with your feet, you tend to throw up your hands in horror and ignore it, because you feel you can’t afford to put your life on hold to get it sorted out. I found foot surgery literally transformed my life – it was a life-saver. I did have to go through a period of recovery with various restrictions, but it was certainly worthwhile in order to be finally free from pain. The most important thing is to find a specialist who can make an exact diagnosis and knowing you are having the best treatment. 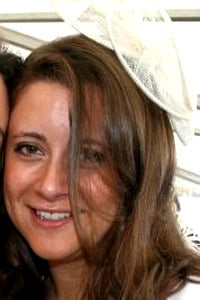