Sara Mills is a 51-year-old who lives in London. Sara had surgery as a teenager which left her with shortened big toes. Consequently, she was unable to walk properly and her feet caused her increasing levels of pain.

Sara came to the London Foot and Ankle Centre for complex reconstructive surgery by Clinical Director Mark Davies. During the specialist operation, Mr Davies broke her toes in 11 different places in order to lengthen her big toes and tendons and shorten her other toes in order to stabilise her feet.

I was born with an enlarged joint on the outside of my big toe and when I was 13, I had surgery to correct it. This left me with two very short big toes – three quarters of an inch shorter than my second toes. This meant that I always walked on the sides of my foot, putting the pressure on my second and third toes because I couldn’t walk through my big toe, as you would normally do. It was a nightmare – I could never find shoes that fitted and couldn’t walk barefoot, even on the beach.

Why did you choose reconstructive surgery?

My foot problems were getting progressively worse. I tried orthotics but they didn’t work and I had to give up my job as an air hostess because it was impossible to be on my feet for very long and wear court shoes. I had seen Mark Davies and felt he was the only person I could trust. I knew I had to have surgery because it was having such a terrible impact upon my life.

I had my surgery in March 2006. To be honest, I would have to say that I didn’t experience any pain after surgery, which was amazing really. I spent five nights in hospital and after I went home, I had to keep my feet up for two weeks.

The first two weeks after surgery

I didn’t have to wear a plaster cast. I wore surgical shoes, which were pretty comfortable, with Velcro straps and open toes. I was able to get about on crutches, but for the first two weeks, only moved about if it was essential.

The first two months after surgery

I was given exercises to do which mainly involved rubbing the toes and joints to keep them supple and moving. By May, two months after my surgery, I went to Madeira to celebrate a friend’s birthday and was able to walk around, using crutches when necessary. Even at this early stage, walking felt immediately better. I didn’t have that awful stabbing pain every time I walked. For the first time in year, as I walked I could walk through normally onto my big toes, which was wonderful. My feet finally felt right and stable.

Three months and beyond

My scarring was healing incredibly well. I was getting married in August and in June, I went to New York to choose a wedding dress. I was able to walk around without any pain or aching. On the day of my wedding, I danced all evening – it was just incredible to be able to do something which would have been impossible before my operation. I’m able to go for seven mile walks around London without any problems at all.

What would your advice be to anyone considering this type of surgery?

This surgery has literally changed my life. People don’t tend to think of foot problems and surgery in that way, but for me, I was living in so much pain and it had such an impact upon my whole life that this surgery has made an enormous difference. My advice would be to take the bull by the horns – don’t put up with foot pain for years and years. See a surgeon, but make sure they are a specialist and have a lot of experience of major foot problems. For me, recovery from surgery was very easy and the benefits are more than I ever thought possible. It is really true to say that surgery has changed my life. 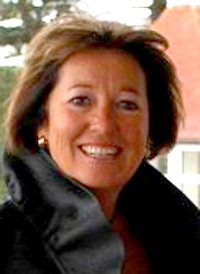