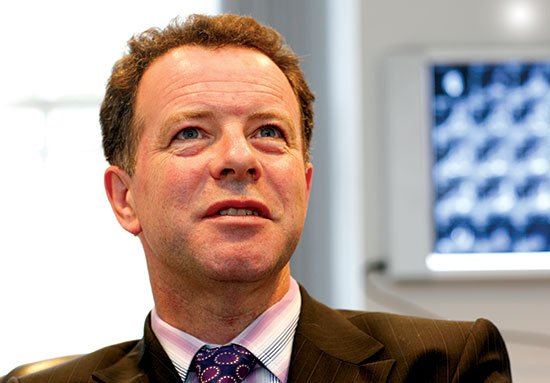 Ten years ago, Mark Davies was in San Diego, a lone UK surgeon attending a meeting of American foot and ankle surgeons.

“I remember being really impressed, but at the same time, it was depressing because in the UK, we were lagging so far behind.”

Shortly after that, Mr Davies would set up the London Foot and Ankle Centre, the first of its kind in the UK wholly focused on foot and ankle surgery.

It was founded on the firm conviction that something had to be done to bridge the quality gap between the UK and America.

“I’d seen it during my training,” recalls Mr Davies. “As soon as orthopaedic surgeons were working below the ankle, they seemed to stop thinking or to lose interest. There were a few surgeons with high standards but not enough and there was not sufficient training or reflecting on how patients were being treated.

“Consequently, treatment in the UK at the time was outmoded and simplistic. I could see that patients were suffering.”

A major influence on Mr Davies was a fellowship taken in Australia with the renowned foot and ankle surgeon Terence Saxby. A fellowship is a year spent with a mentor who is recognised as a leader in their field. Mr Davies is emphatic about the experience.

“You do every case with them, every challenge that comes up; you work through it with them. You almost get 25 years of experience in a single year,” he recalls.

Highly sought after, top fellowships are not a standard part of surgical training, but reflect a drive for the best standards in a particular specialty.

Notably, all the London Foot and Ankle Centre surgeons have been fellowship trained.

Mr Davies started the London Foot and Ankle Centre in 2003 with the podiatrist Antony Kontos and clinic co-ordinator Alison Humphrey.

Both continue to work with Mr Davies today – a hallmark of LFAC is that the team is longstanding, having worked together for many years.

“We are like-minded and open-minded,” says Mr Davies, of the LFAC clinical team who regularly meet to review and reflect on the more challenging and complex cases.

“We all want to achieve the same thing and perhaps unusually for surgeons, we are all friends.”

Today there are six orthopaedic surgeons, working closely with two podiatrists. The principle with all LFAC surgeons, from the inception through to present day, is that they must be wholly trained in and focused on foot and ankle surgery.

There is a strong team ethos and in some cases, patients see more than one LFAC surgeon, to provide a second assessment and reflection. “I am very comfortable with and supportive of second opinions,” says Mr Davies. “Any surgeon who isn’t is either arrogant or insecure.” Another change during the past decade has been geographical expansion, with LFAC running services not only in the Hospital of St John and St Elizabeth in St John’s Wood, but also in London Bridge Hospital close to the City and in Bupa Cromwell Hospital, Kensington.

So for LFAC patients, many of whom inevitably have mobility issues, there is a broad choice of London locations where they can receive the same high standard of treatment.

Clinically, one of the most notable developments has been the drive towards achieving surgical objectives with minimally invasive techniques, something LFAC has been at the forefront of.

“The principle is to get the optimal results by doing the least possible surgically,” says Mr Davies.

“It is important to note that LFAC has introduced minimally invasive techniques slowly, carefully and with close attention to audit and results.”

The LFAC surgeons are widely published, active in research and hold senior posts within professional bodies and training rotations to ensure that the high standards at the clinic are shared and transferred to other hospitals.

There remain significant bugbears – such as the treatment many fracture patients get in NHS A&E departments. But the specialty of foot and ankle surgery, particularly at the most experienced end of the spectrum, is in good shape.

On recent trips to symposia in America, Mr Davies noted how much things have changed. “I think we are very much on a par with them now. If anything, I prefer the quality at UK surgical meetings to those in America these days.”