The ‘MICA’ technique was born from a collaboration between British orthopaedic surgeon David Redfern and French surgeon Joel Vernois. They invented and introduced the technique to the UK and France in 2008. Mr Redfern appeared on BBC television demonstrating the technique and also drew attention in the national press. 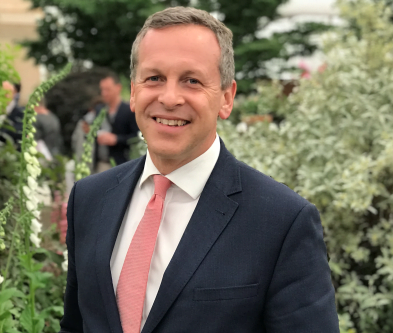 Mr Redfern has been recognised internationally as a leading expert in his field and has lectured and published widely in the international medical literature. He has also appeared on BBC television showcasing his operation and been the focus of numerous newspaper and magazine articles in the UK. He has patients visit him for surgery from all over the world.

Since then, their collaboration has continued and they have designed numerous other percutaneous (minimally invasive) techniques for the treatment of foot and ankle disorders.

Not only did they introduce these techniques to the UK and France but worldwide and are recognised internationally for their expertise and pioneering contributions in this field. Having introduced these techniques to Germany, Mr Redfern was made a life-long honorary member of the German Foot & ankle Society.

Between them, Mr Redfern and Dr Vernois have trained hundreds of surgeons worldwide.

Currently both Mr Redfern and Dr Vernois are introducing their techniques across the USA where their operation is called “ProStep”.

Mr Redfern has performed over 2,500 MICA / ProStep bunion operations over the last 10 years and has personally trained all UK surgeons who offer this technique.

More than 50,000 such operations have been performed worldwide.

They really can be very painful. Contrary to urban myth, modern surgery and especially minimally invasive surgery is generally associated with very little if any pain.

These are often even more painful than any bunion present. Again, contrary to urban myth, with new minimally invasive surgical techniques we can correct just about all lesser toe deformities. Especially in the elderly, these can be even more of a problem and minimally invasive surgery allows correction in these patients without the morbidity of traditional open techniques.

High heels are generally not a significant factor in the development of bunions for the vast majority of patients and most women have a sensible approach to footwear these days. In fact, many have never worn high heels regularly! With the safety and comfort of modern surgical techniques, it is no longer necessary for patients with bunions simply to expect to wear dull broad-fitting shoes for the rest of their lives. Men with bunions also often struggle with their footwear and may too benefit from surgery.

DAVID REDFERN IN THE SPOTLIGHT ON KEYHOLE BUNIONS

1. How did MIS foot and Ankle surgery begin in the UK?

Just over 10 years ago I began working with a French surgeon who had begun to take an interest in some minimally invasive surgical techniques being used in Southern Spain. These techniques originated in the USA some years earlier but hadn’t been refined. Together, my French colleague and I began developing new minimally invasive techniques to treat bunions (hallux valgus) and forefoot problems. These were much more reliable and safer due to advances in technology and strict training protocols that we introduced. Initially we presented our results at national and international meetings and rapidly began to attract the attention of the orthopaedic community and industry which has since heavily invested in these technologies.

We were the first to introduce these techniques here in the UK and in Australia and have since developed numerous minimally invasive techniques covering both the forefoot and hindfoot. We train surgeons from all over the world in these techniques and are internationally recognised for our expertise and contributions in this field. Together with my French co-inventor, we have trained over 1000 surgeons all over the world and are currently introducing the techniques in the USA. We designed / invented the MICA technique for bunion correction (known as “ProStep” in the USA) and any surgeon offering our MICA technique in the UK will have been personally trained by either myself or my French co-inventor (Dr Joel Vernois). 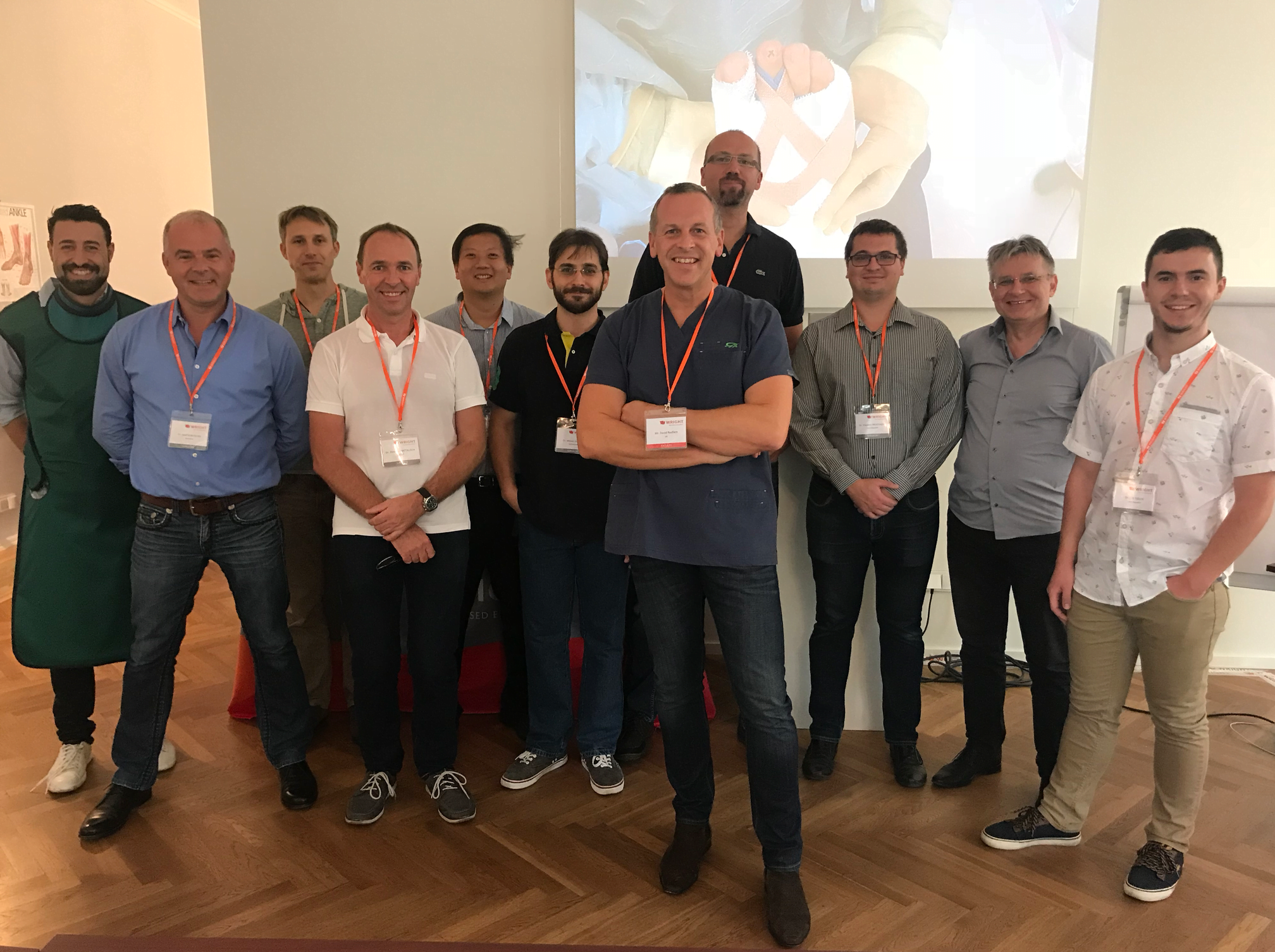 A photograph taken at a minimally invasive training course held by Mr Redfern in Germany in September this year. The delegates had literally travelled from all over Europe and further afield (Germany, France, Switzerland, Austria, Czech Republic and Singapore). 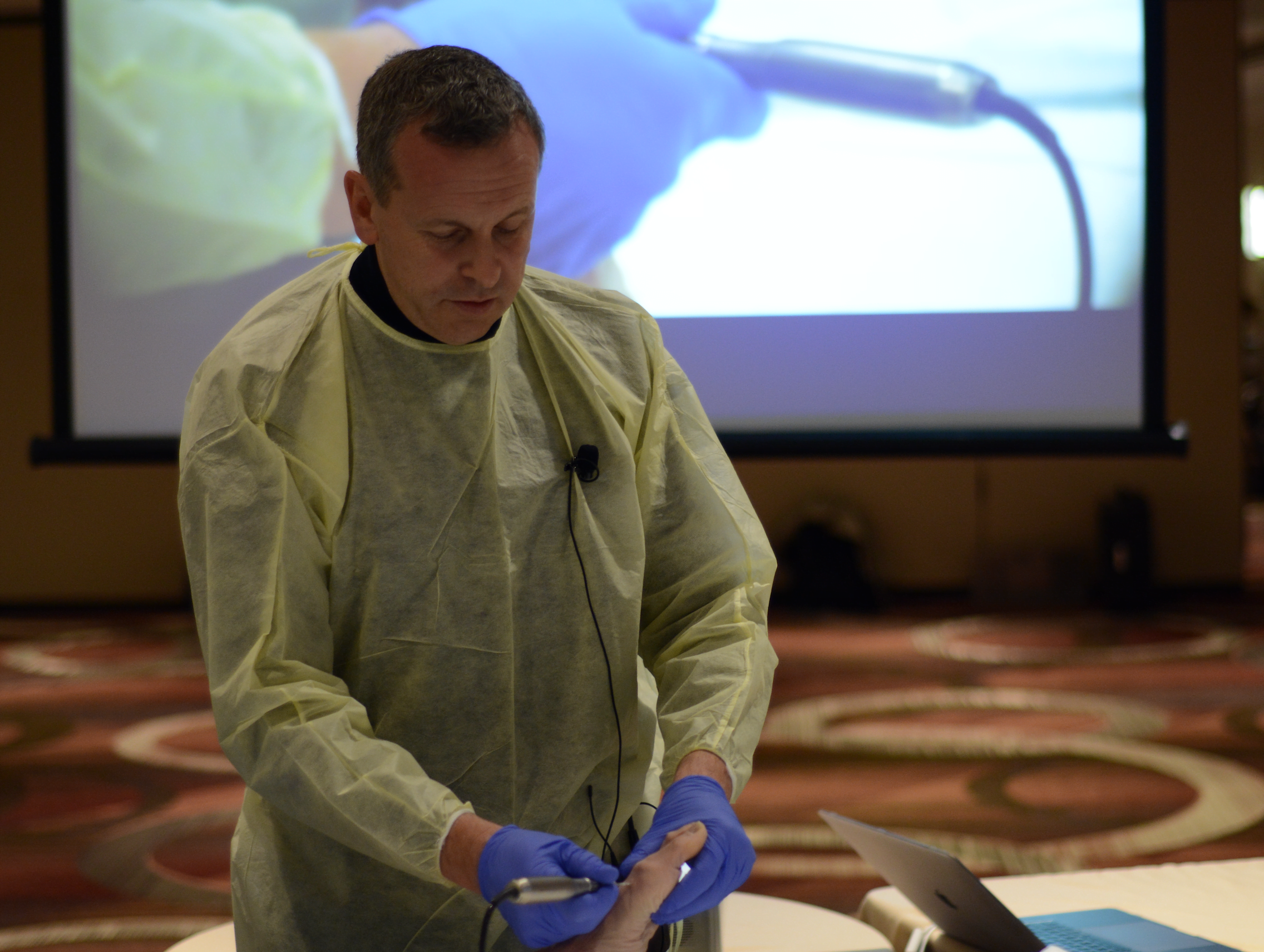 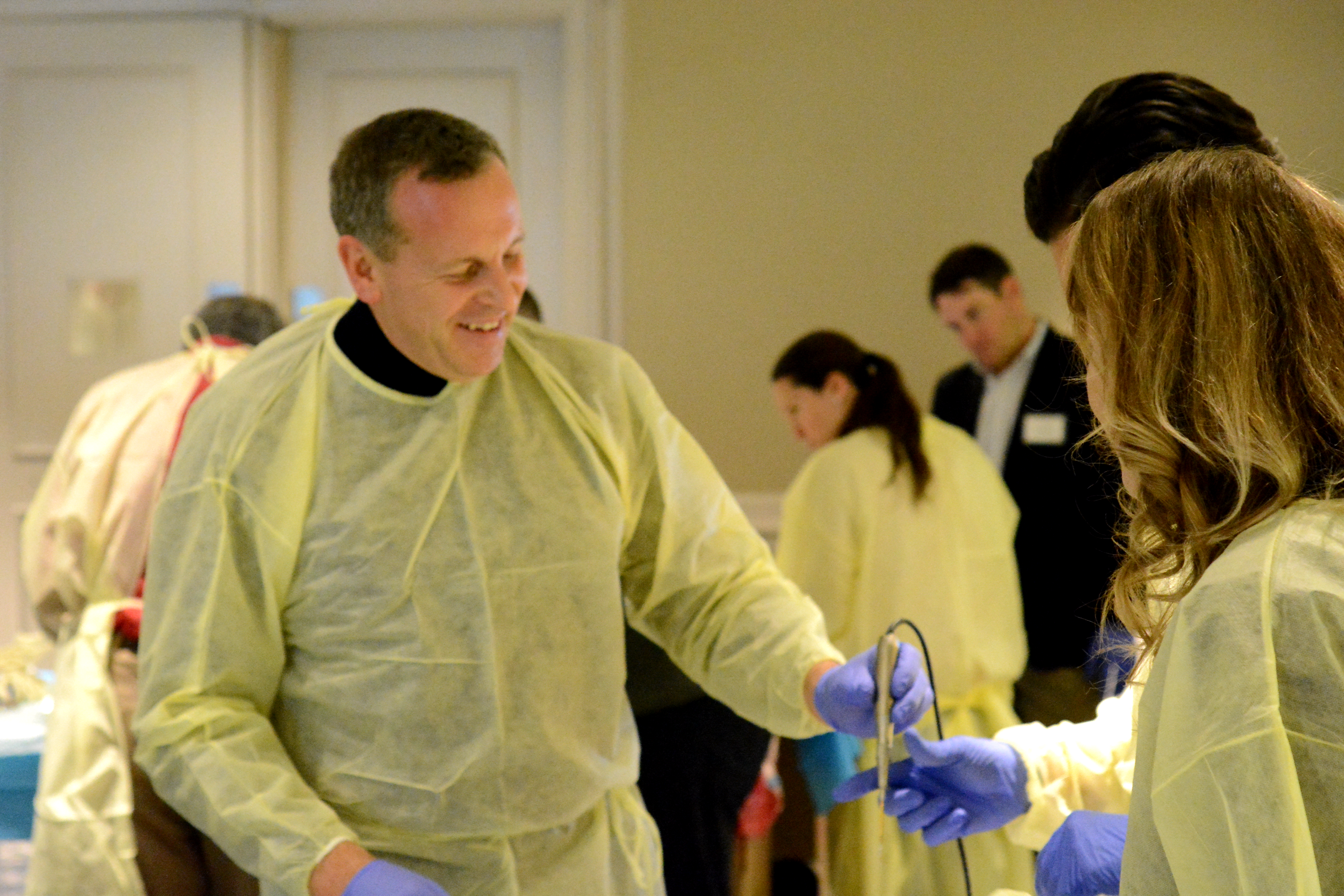 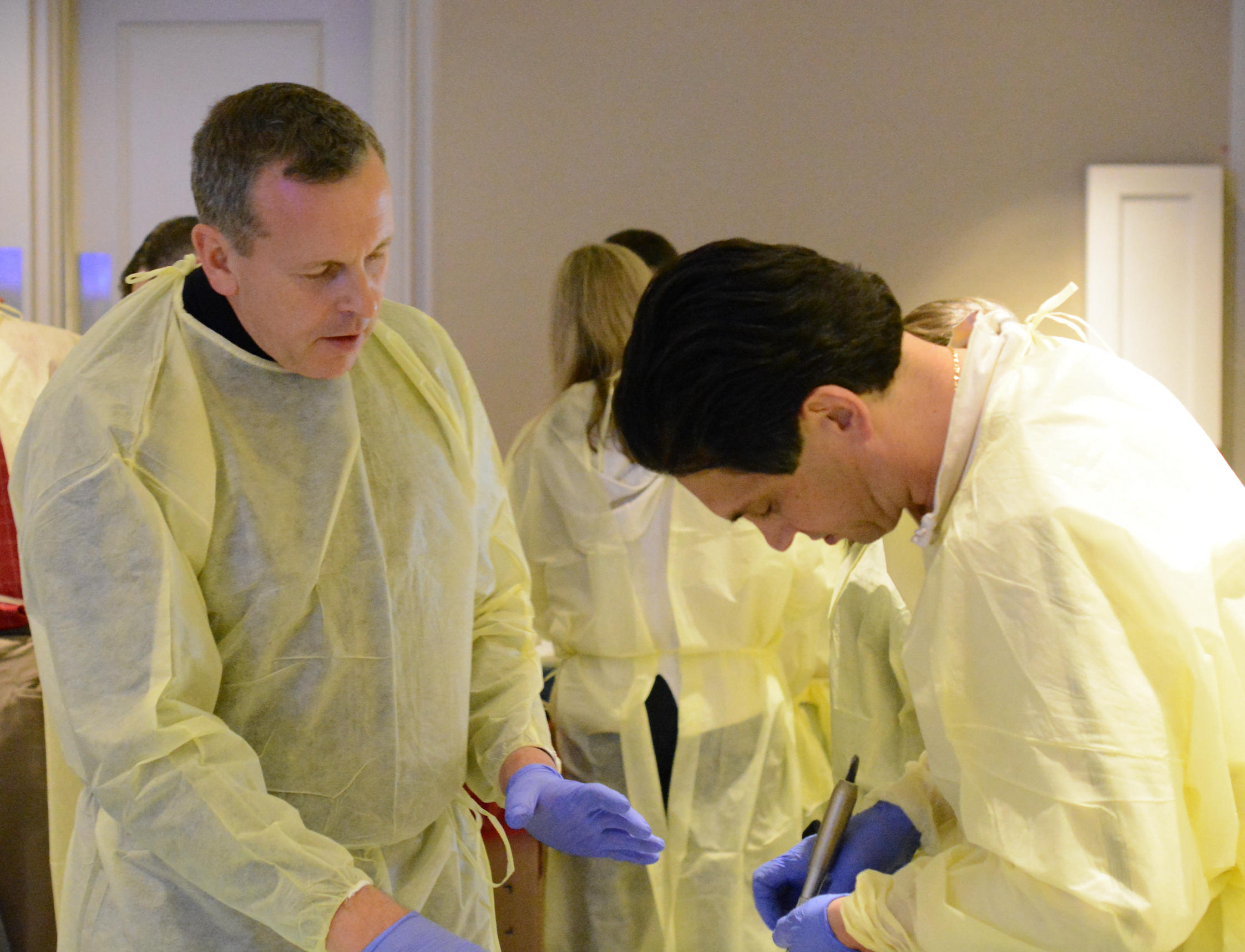 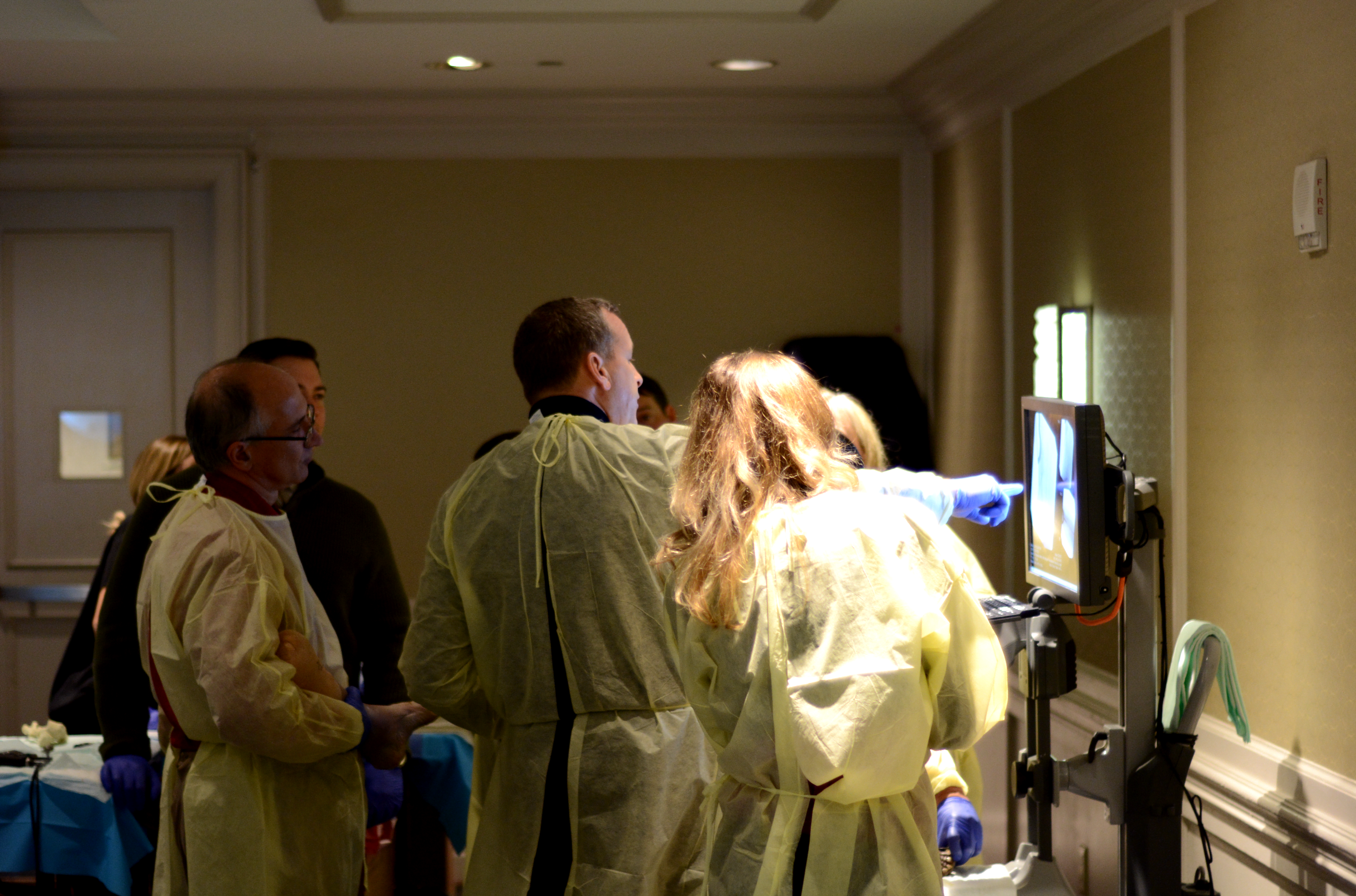 2. What difference has the introduction of minimally-invasive techniques made?

Minimally invasive techniques have literally revolutionised many aspects of forefoot and hindfoot surgery.

There’s no going back!

Some corrections I am able offer in the forefoot simply aren’t possible with traditional open surgery. Using tiny drills called burs, we can now undertake 3-dimensional corrections of deformities through tiny keyholes (literally a few millimetres in length) that are simply not possible with open surgery without causing much more scarring (inside as well as on the surface).

These techniques and technology continue to evolve and I firmly believe that the next ten years will bring even more change in this direction with far more surgery untaken using keyhole / minimally invasive techniques. Exciting times indeed!

3. What Is the difference compared to open surgery?

The difference really boils down to the type of instrument that is used to undertake the surgery. In modern open surgery oscillating saws are used to cut the bones. Although these are much smaller than they used to be, they still require quite large incisions and exposure of the bones in order to undertake the surgery and make the bone cuts. With minimally invasive or ‘keyhole’ surgery a tiny bur is used to cut the bones (2mm in diameter). This only requires a tiny incision (3mm) and does not require any soft tissue dissection to undertake the procedure and bone cuts. This means that joints can be left intact, blood supply can be preserved and generally incurring much less soft tissue disruption, not to mention much less scaring for the patient.

Some recent studies from Australia and Asia have also shown less pain with my minimally invasive bunion correction (MICA).

4. How widely practised are these new techniques in the UK?

As with any technique, it will work better in some hands than others and surgery remains a craft although this is sometimes not always well understood by patients. Thus, surgeons will opt to use the techniques that work best in their hands.

Minimally invasive surgical techniques require training and are no doubt demanding for the surgeon who needs to possess excellent 3-dimensional awareness and the ability to work using intra-operative imaging for guidance in some circumstances. As the technology advances and computer assisted guidance becomes more advanced, so these techniques are likely to become more widespread. There are now quite a large number of UK surgeons who offer at least some minimally invasive surgery techniques and this is likely to continue to gradually grow with time and further technological advances.

5. What Does The Future Hold?

There is now a massive industry investment in MIS technology especially within the USA and I spend quite a lot of time travelling back and forth to assist in this research and development as well as training US surgeons.

There is no doubt that it will continue to evolve and replace some traditional open techniques. The technologies available to assist in training surgeons are also rapidly evolving and I suspect further advances including virtual reality will likely play an increasingly important role.

MICA Bunion Correction Before and After Examples: 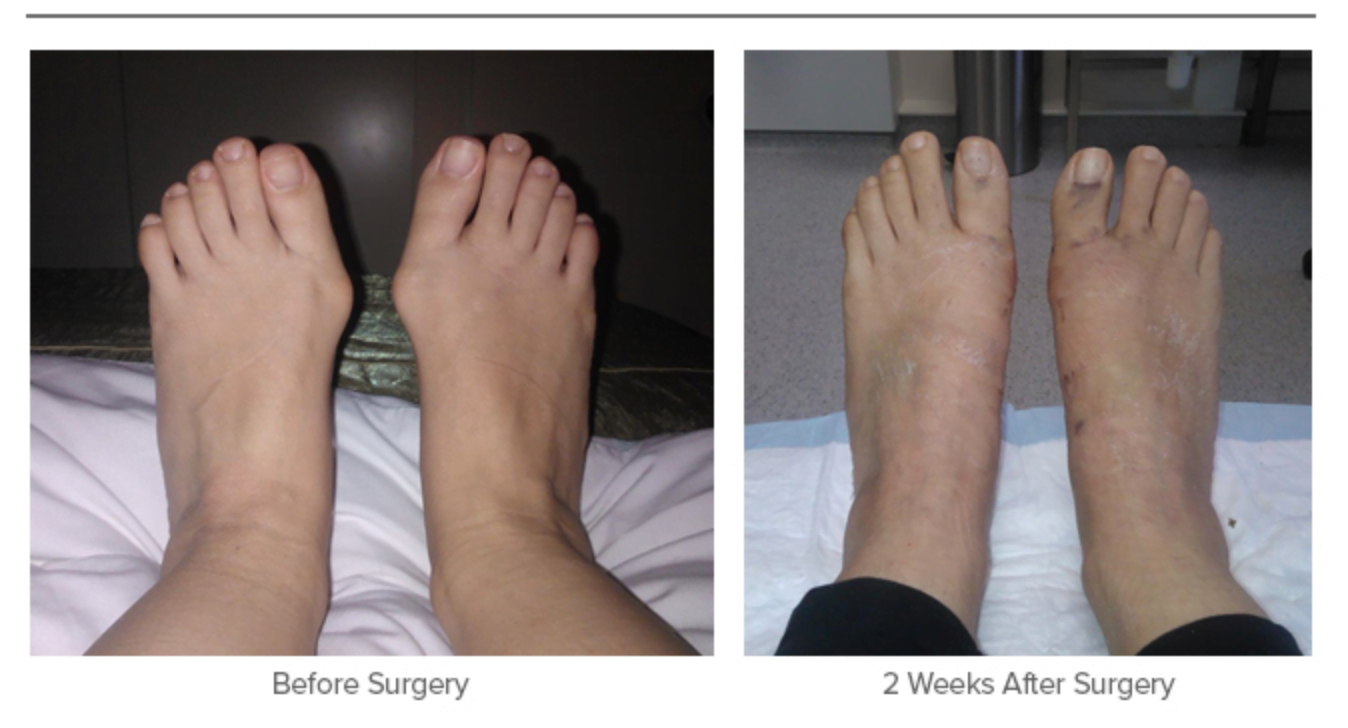 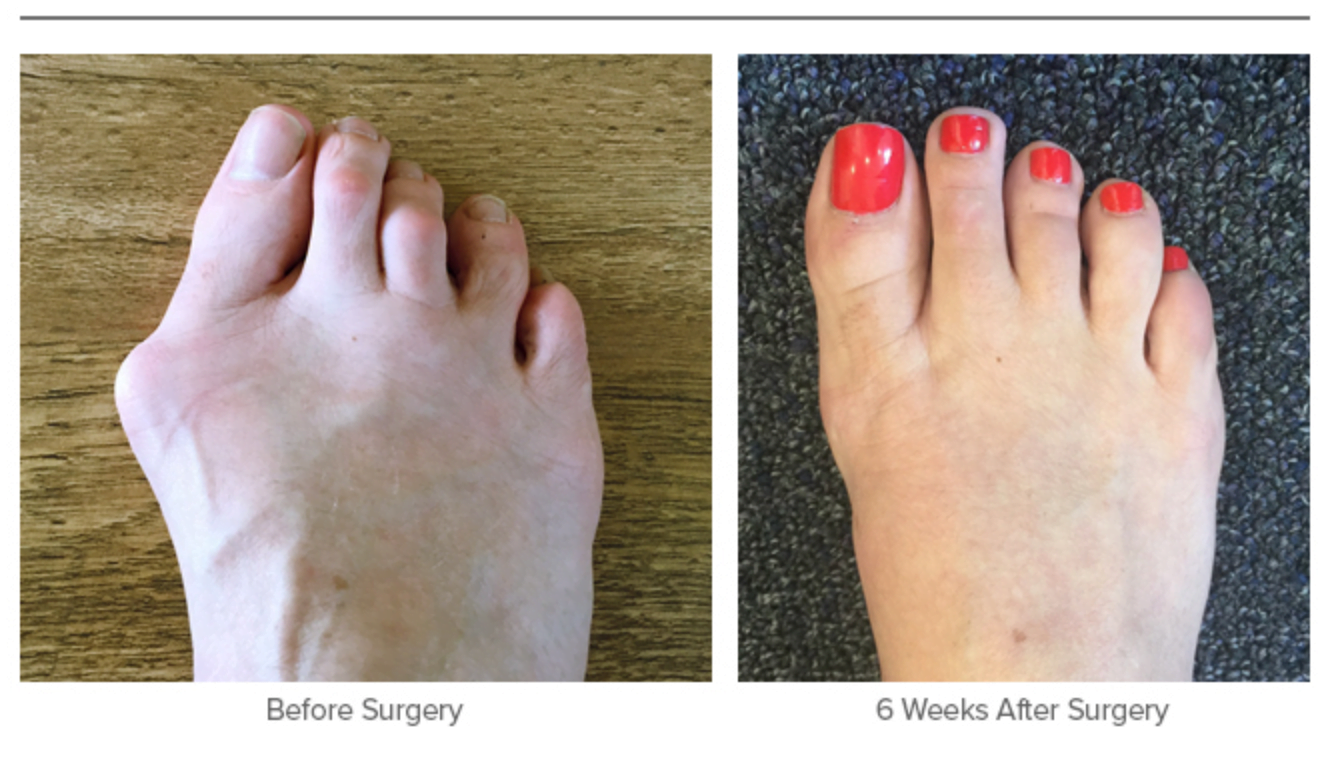 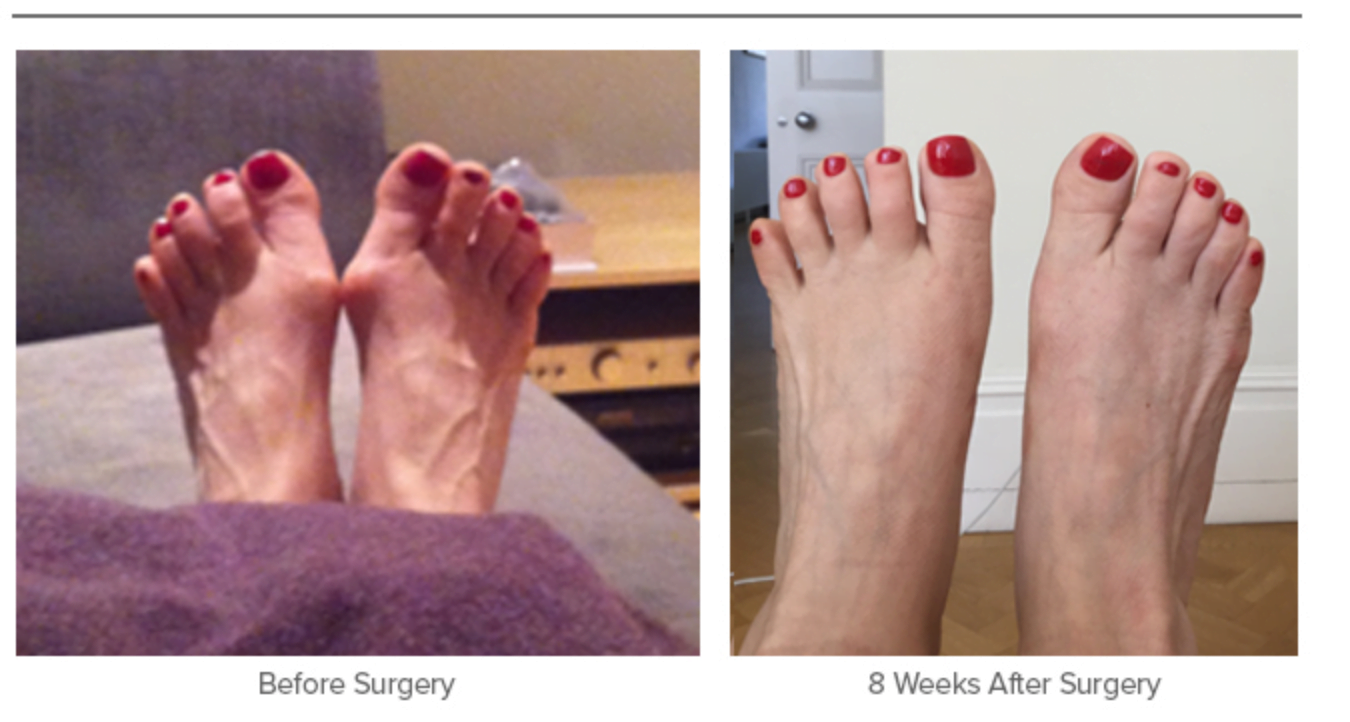 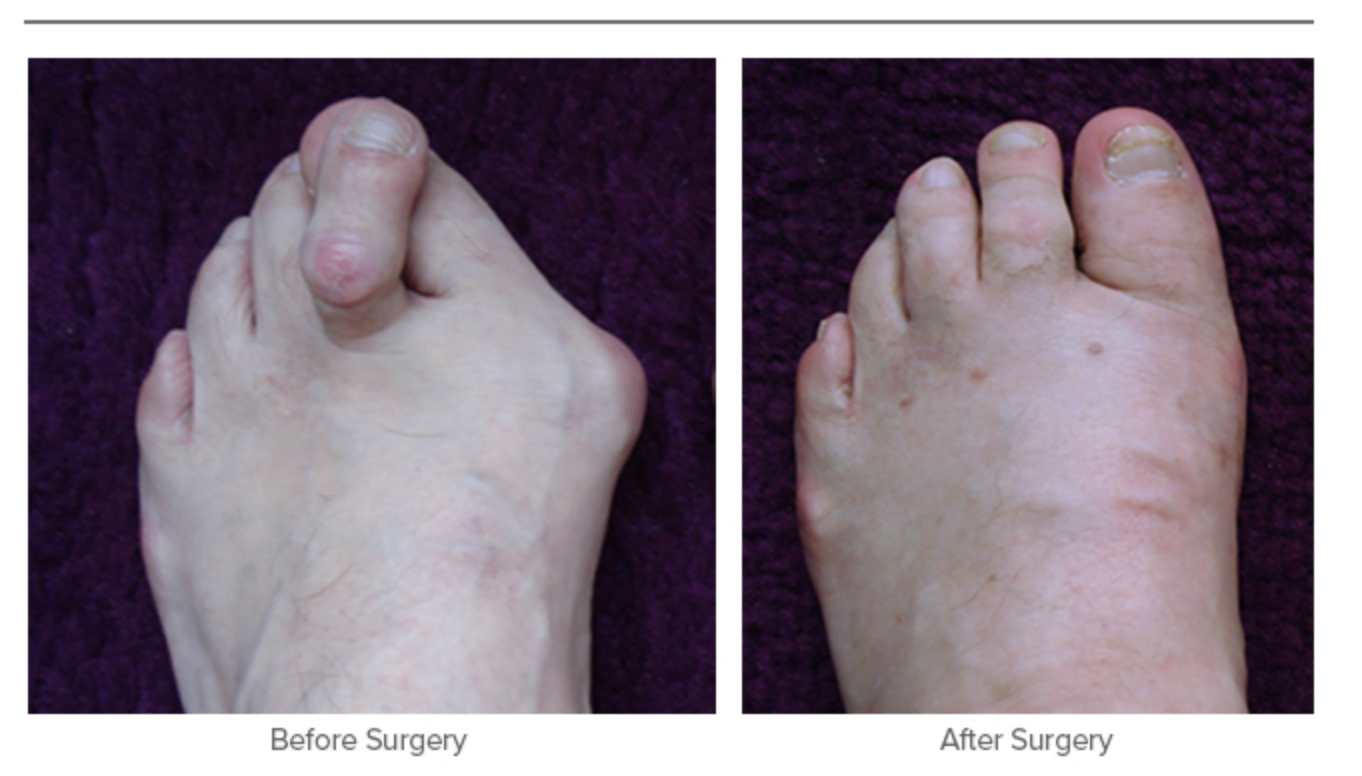 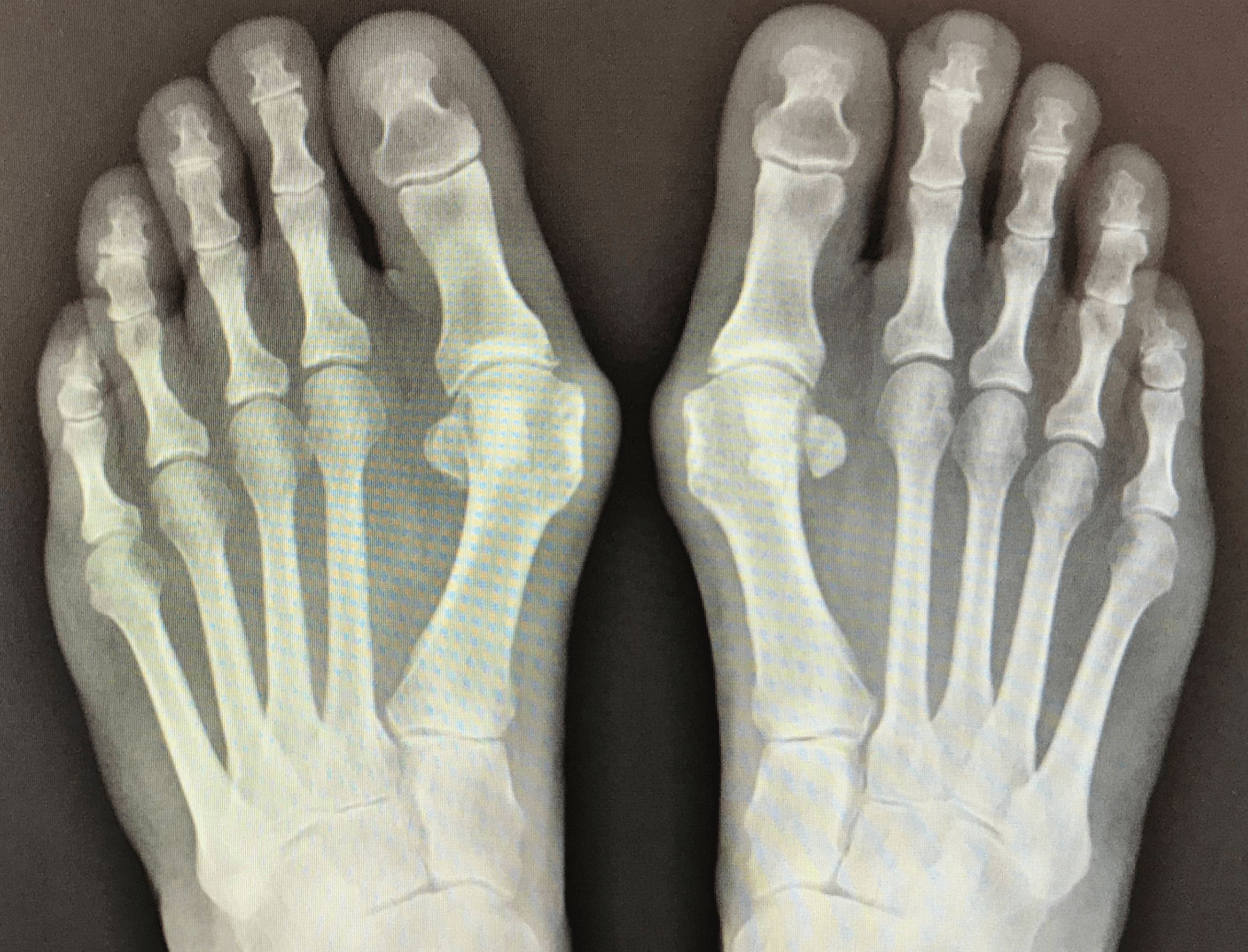 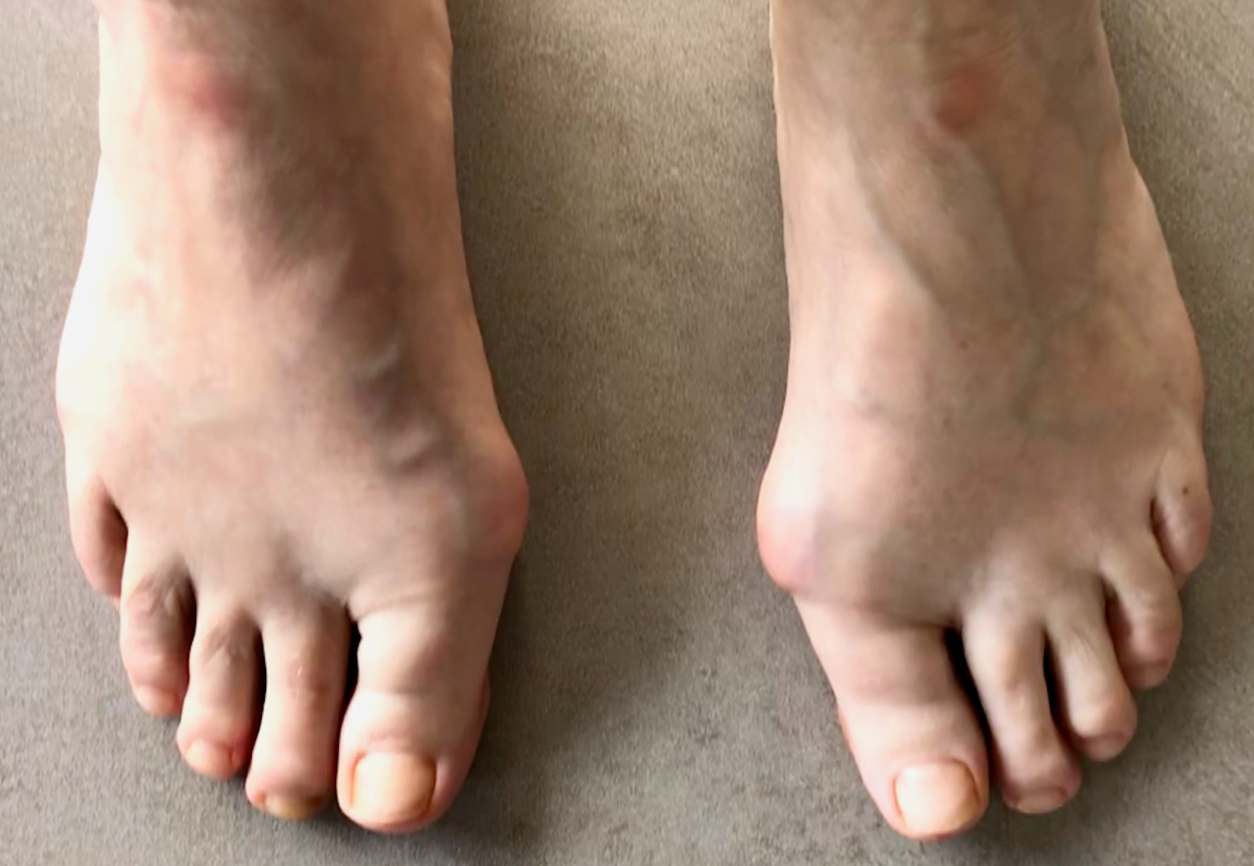 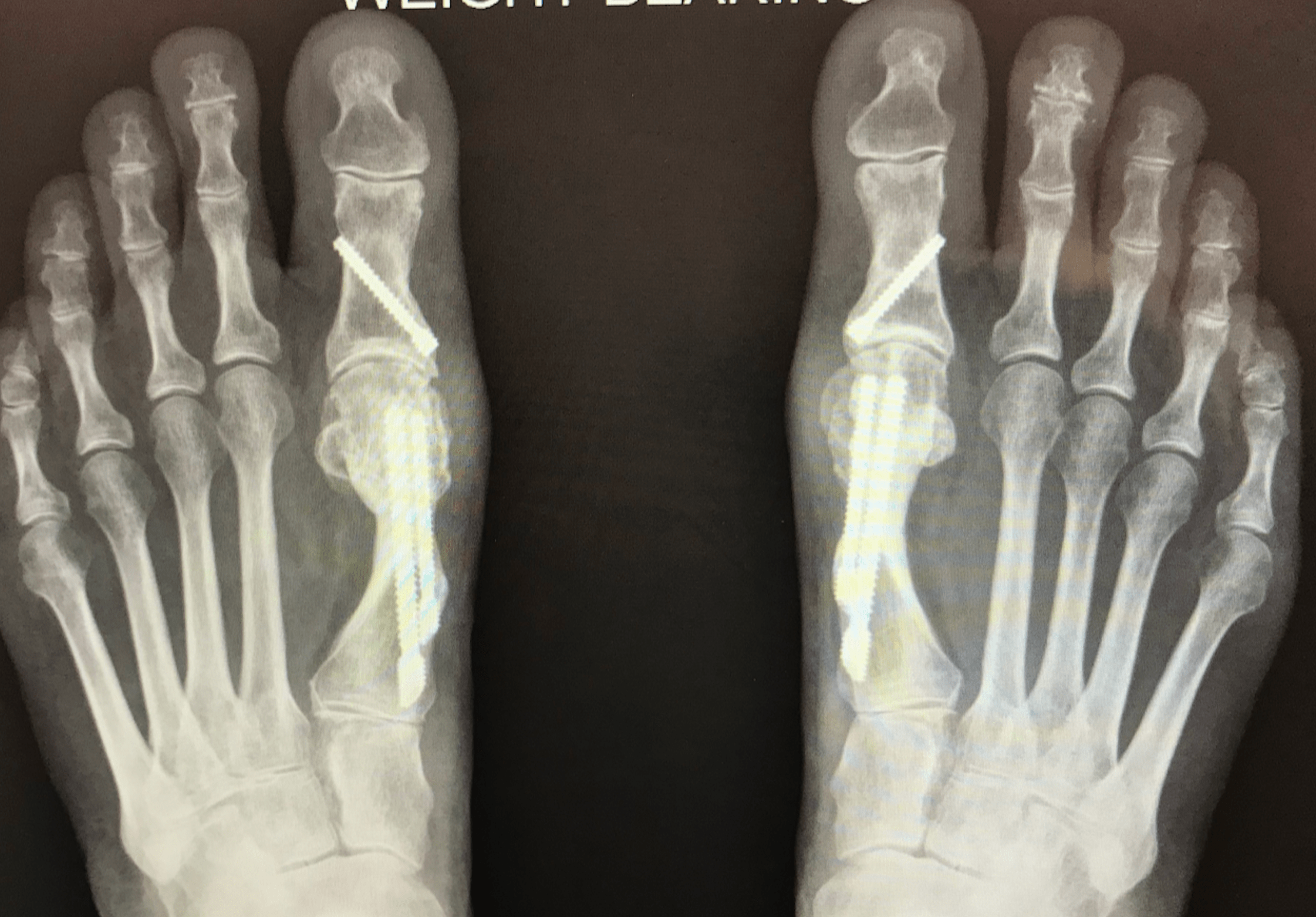 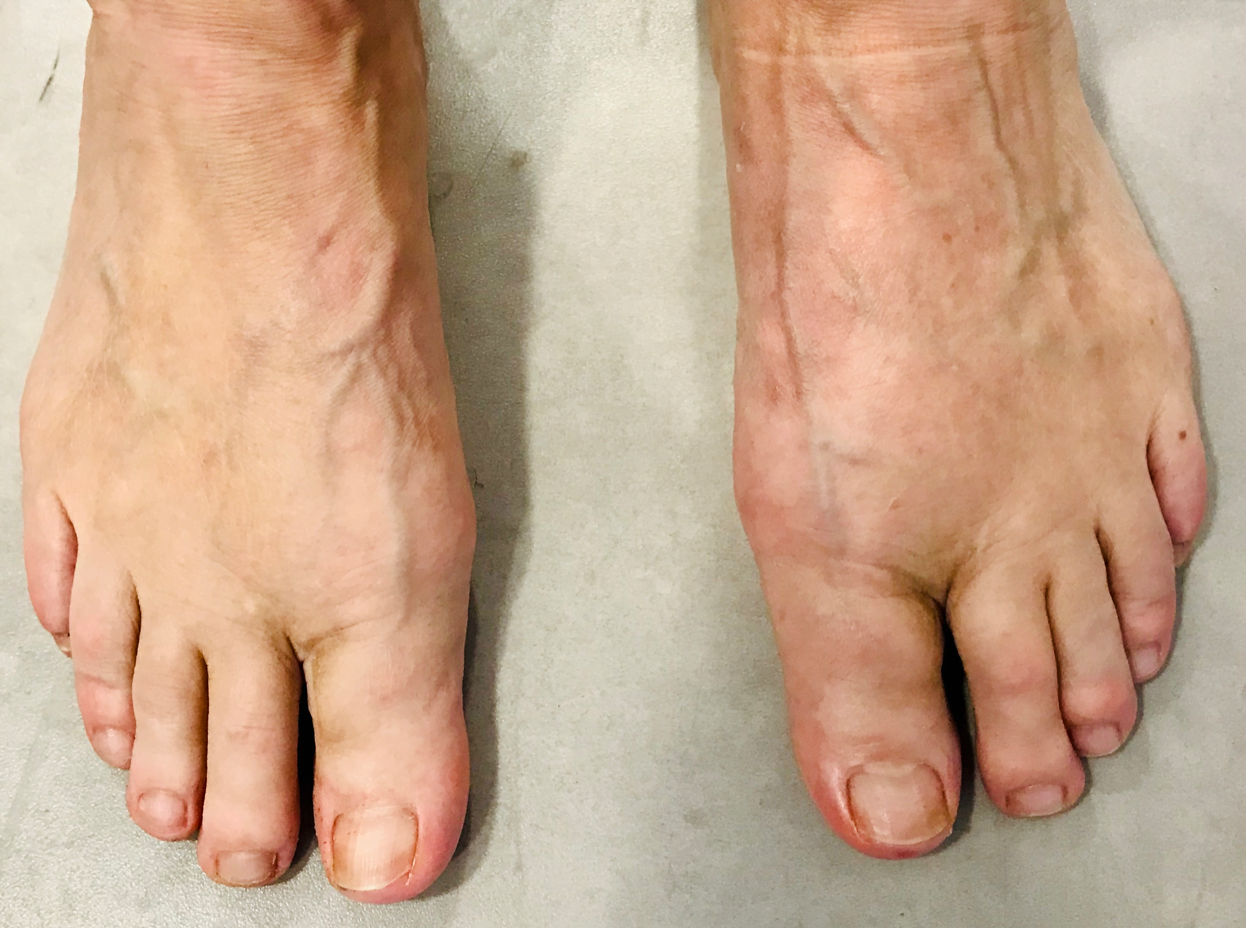 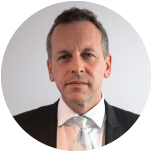 We have many patient testimonials on our new Bunion Treatment Centre website;

And for more information on Bunions please visit;